There are two main approaches to fight a pandemic. First is the mainstream one – called containment – taken by countries like China and Italy to fight the spread of coronavirus. Containment is effective in the short term. It is not the ideal approach though, but still less risky in the short term. The other approach which the UK has been contemplating is herd immunity. Herd Immunity is effective in the long-term but in the short-term, it comes with a lot of assumptions. The assumptions in the case of coronavirus are far-fetched. Britain is putting its bets on a risky move. First of all, as much as we understand viruses and herd immunity, at the end of the day, it is not a computer simulation and things do not work out always as planned, especially when the assumptions are many. COVID-19 is a new virus. We hardly understand it. We have not yet seen an annual cycle of it.

UK’s herd immunity proposition rests on the idea that if enough members – around 60 percent of UK’s population – are infected and thus develop immunity, then the spread of the virus will not be exponentiation. The young with milder symptoms develop herd immunity while the most severe cases are treated. This will shed off the burden from the already strained health system in the UK. The estimated R0 for COVID-19 is 2-3, which means every infected person will infect 2-3 other people. With herd immunity, R0 will be less than or equal to 1 which means any infected person can only infect one more person at max while others have immunity against it, by which the number of new cases will decline and growth will not be exponential anymore.

As much as the idea makes sense on paper, it rests on a number of assumptions. The unknown unknows can far exceed the known unknows. The whole idea of herd immunity is based on the notion that infecting millions of young people to develop immunity will buy us time to develop vaccine soon. But the development of vaccines can take months. An approved, commercially available, and scalable vaccine might not be there for 1-2 years. It is a high-risk scenario in which millions are being expected to be put into. Because of our novice understanding of the response of the virus itself, putting a bet on 40 million people is not practical, despite its alluring but vague promises in the long term.

The second assumption is that while the young and the fit develop herd immunity, the old and the weak will be isolated. Only the most severe cases, which we know from South Korea’s experience to be around 1 percent of the population will be treated. While the most severe cases are being treated, in a situation where some of the older people who are expected to be in isolation get infected, we do not have enough capability in the hospitals to take the load. 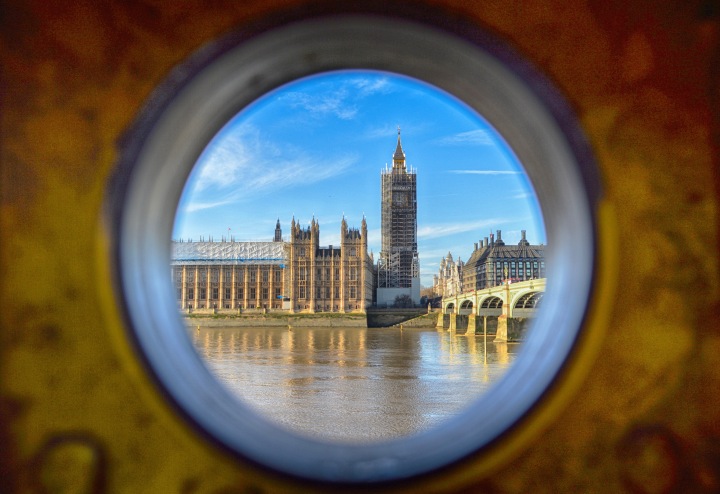 Several cases have appeared in Japan where those infected with the virus, later treated and then declared healthy showed signs of the virus again. In the UK we are talking of infecting 40 million people without having a 100 percent certainty around re-contraction and thus its severity. In the real world, nothing works 100 percent as per planned. Here we are talking about millions of people. If only 1 percent of the cases show signs of re-infection, we are talking of 400, 000 people. NHS will not be able to handle the additional strain of hundreds of thousands of re-entrants while it struggles to grapple with the existing load. At the current availability of the specialized equipment, it will take 1.5 years to NHS to treat a mere 1 percent of the infected population with the most severe symptoms.

Even if we are miraculously able to manage the equation for herd immunity, i.e. the rate of new infections matches those treated and discharged, what about NHS itself which is working day in and day out at levels past capacity. The health workers’ own health, staff shortage and the physical and psychological strain they have to cope with is not being factored into any equations. If the UK health system can cope with everything as if it was a computer simulation, the one thing that can break the bones of NHS is a minor miscalculation in the infection rate which will see more infectious people entering the hospital doors than there is room for. The United Kingdom does not have enough beds to deal with the anticipated numbers, let alone mess with the projections. Its hospital corridors – like its roads – can only do so much.

So, corona-over-optimists need a dose of reality. Yes, we, humans, will eventually contain it. We have set our steps on the outer space; we have previously fought plagues on the ground, we have eradicated maladies for good worldwide, so will be CONVID-19. All this will, however, come at a hefty cost. While it is absolutely essential to stay optimistic, it helps to stay realistic too. Think of those who had to chip in a life or two infected by the virus, mostly involuntarily, sometimes in the line of duty.

As much as it is important to stay hopeful and positive, a bit of over-reaction is not unjustified. It is a pandemic after all. If a mild over-reaction achieves timely pre-emptive measures – without clouding the thinking – let it be. In retrospect, over-reaction will not look as bad as inaction. It is time to show even more empathy. It is a global epidemic and everyone is affected by it. Shop sensibly. Think of others too. Don’t hoard inconsiderably. As long as factories are running, you will get your supplies. Take all the precautionary measures. They are for your benefit and of those who, unwillingly or unwillingly, interact with you.

In the exponential trend which coronavirus is following, every new case depends upon the total number of existing cases, the exposure of un-infected to the infected cases and how much precaution is being observed among them. The incubation period – in which a person might be carrying the virus before any first symptoms appear – makes the whole dynamics worse. The existing cases, as you would know, are plenty and rising every hour globally. The only factors in our control are the exposure and the precautions observed. Social isolation and taking precautionary measures – like washing your hands – will help. Your best shot is still keeping your hands clean and away from your face. Observe that. Avoid mass gatherings to stop the virus from spreading. Have faith in science. Take a break from your faith-healers should they still support mass gatherings. Were they efficacious, we would not be having this pandemic in the first place. Stay hopeful. Act responsibly. Follow precautions. We will see the other side of it.

Please see the precautions issued by WHO below: