Recently, there has been a lot of hyperbole on social media on we Pakistanis being a resilient nation. I wonder if this so-called resilience may be our national anathema? Resilience is the plasticity of an organism, its ability to return to the original resting state after being displaced by application of force. We claim to be a resilient nation, who has overcome adversaries as big as Peshawar School Attack, which silenced more than 150 dreams. The same day of 16th December shall not be forgotten for the fall of Dhaka when the dream of two nations theory was shattered. The East Pakistan seceded from the West, although they were to be a majority in a democratic country. We pride ourselves been able to overcome catastrophic and devastating situations very well. We feel proud to be called a resilient nation, which has been coping with things thrown at us ‘by a stroke of bad luck’ for years now. Whenever we are put down, we resist, we rise, we condemn by going on collective blackouts and become more resilient after every knockout punch we receive. 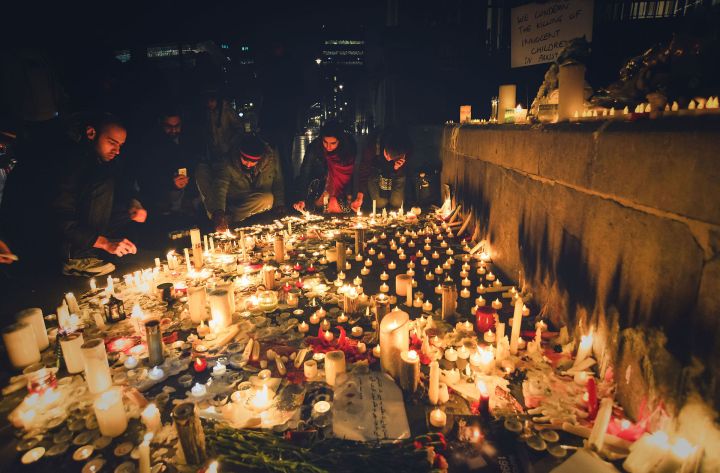 Candlelight vigil in London, UK for the victims of the terrorist attack

Resilience, today, has been limited to only rising against adversaries and not letting them overtake us. This approach of becoming resilient is, in my opinion, one of the causes that these calamities keep happening. We have become accustomed to all the mishaps. We jointly, and certainly wrongly, believe that adapting to the consequences of tragedies determines our resilience. The problem with our understanding of resilience lies in its ‘original state’. We do not need to return to the same ‘strong’ resilient state after we have been bombarded with tragedy. Out of several factors that lead to resilience, one is seeing you as a resilient, tough and strong person rather than feeling being victimized. That might be true but not in our case. We need to feel victimized; we need to feel persecuted at individual and collective levels. We must stop becoming resilient to such adversaries. We must look for an internal metamorphosis and a change to ensure the root causes of such adversaries have been clipped.

Criticizing is easy. Solutions are difficult. Let me try to put them. Accepting adversaries with the pretext of being pre-written, fate and unavoidable is part of the problem. This mindset puts to death half of the effort to take an enabling action. We need to come together and realign our actions and priorities. As disposal is not as effective as ceasing the production altogether, similarly killing the products of fanaticism won’t be as effective as closing down the factories of fanatics. A very welcoming response came in the form a poem being sung on the internet these days, “ Mujhay dushman ky bachoun ko parhana hai “. I would like to add to it. First we need to access what is being taught to the children; that is turning them into fanatics. Their actions are certainly the harvest of what their minds have been indoctrinated with. All we need to start with is doing away with the ‘teachings’ that produce such radical products. We should strive for a humane society where faith would be a personal choice and not a compulsion. Unless we unlearn the hatred that we have been handing down from generation to generation, we will keep becoming ‘resilient’. Unless the factories churning out fanatics are closed, we will keep taking pride in being resilient. Wonder if our resilience itself is our problem!

This article was originally published here :